SPEND £100 OR MORE AND GET FREE UK DELIVERY

One of Britain's largest flower show will be opening to the public tomorrow.
RHS Chelsea Flower Show

One of Britain's largest flower show will be opening to the public tomorrow. It's that time of year when people get to spend the day exploring stunning floral displays, participate in flower arrangement workshops and of course, see leading designers from all over the world exhibit their latest creation.

Let’s take you back to 20th May 1913, when the first Chelsea Flower Show was presented. It was held in the grounds of the Royal Hospital Chelsea and has continued to be show cased there ever since. The three-day event back then, was in a single marquee and Royal visits were yet to become a tradition. The Flower Show was paused during the two World Wars and re-started once the wars were over. When the flower show reopened, it was threatened by the government to pay an Entertainment Tax, but thankfully this was wavered once the RHS convinced them that event had educational benefits.

In the 1950s a big change came to Chelsea; the tents were replaced by a single marquee that was bigger than anything before at the show. This was also the period when Queen Elizabeth II was made the Royal Patron of the RHS, making her first visit to the show. It was during the 1980s when the show become increasingly popular. Visitor numbers were on the rise and the premises was becoming overcrowded. During this time a limit of 40,000 visitors per day was imposed and members were charged for the first time. In the 1990s Hampton Court Place Flower Show was established as Britain’s largest flower show. By 2013, The Chelsea Flower Show celebrated its 100th anniversary, receiving 20 gold medals for the 'Best in Show'.

Today, The RHS Royal Chelsea Flower Show is sponsored by M&G Investments and continues to grow from strength to strength. If you get the chance to visit the show, it is worth it! You will experience a unique and unforgettable day. 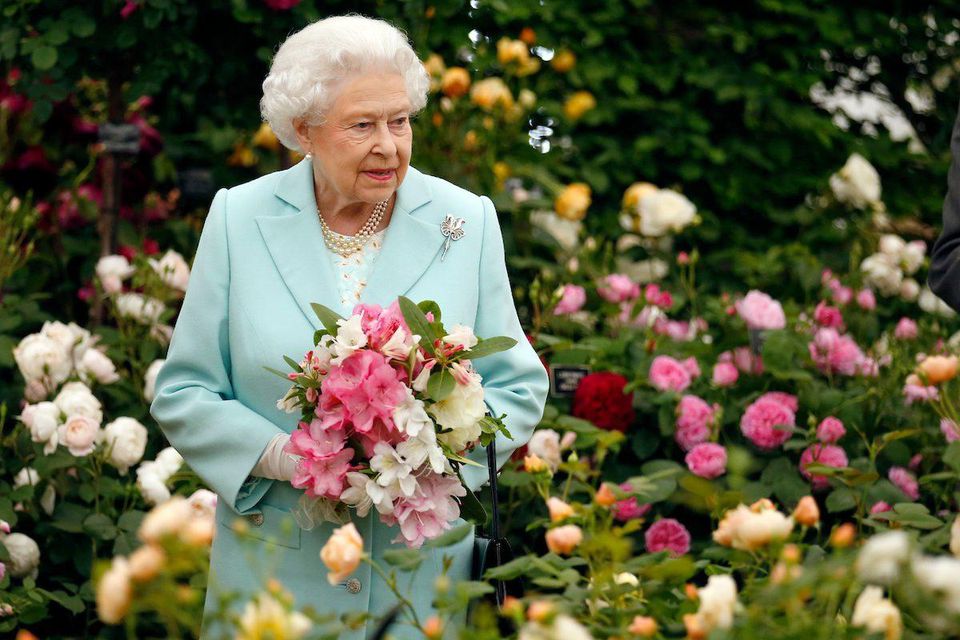 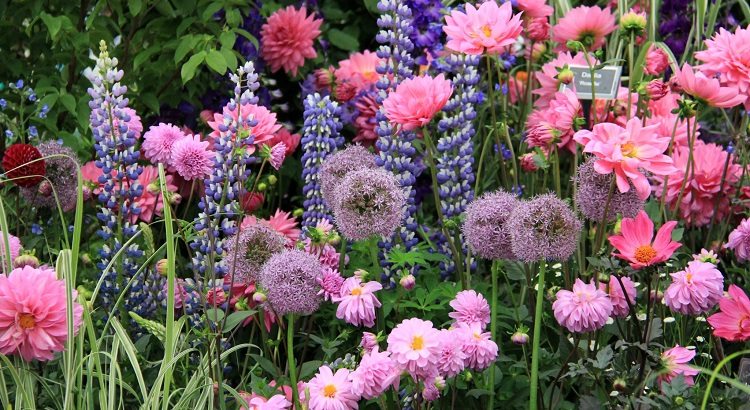 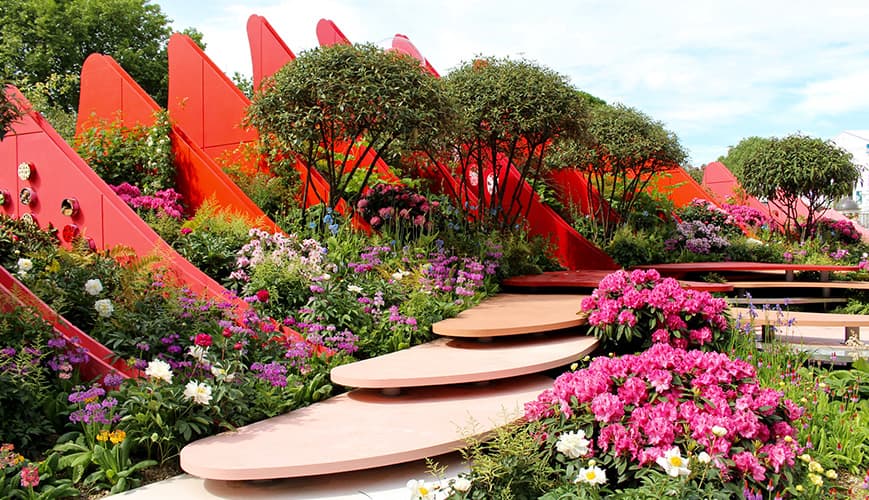 There is no official dress code for the event, so you’re free to wear what you like. In the past, women have usually worn day dresses with floral prints, while men wear jackets and ties. Make sure you wear a floral tie to fit the occasion. There is one rule that should be followed – no hats! Here are Mr Harvie and Mr Hudson recommendations on to wear to The Chelsea Flower Show. For further assistance, please visit us in store and one of our friendly staff will happily advice you on an outfit, or contact us through our live chat, where we can virtually assist you with your styling needs. 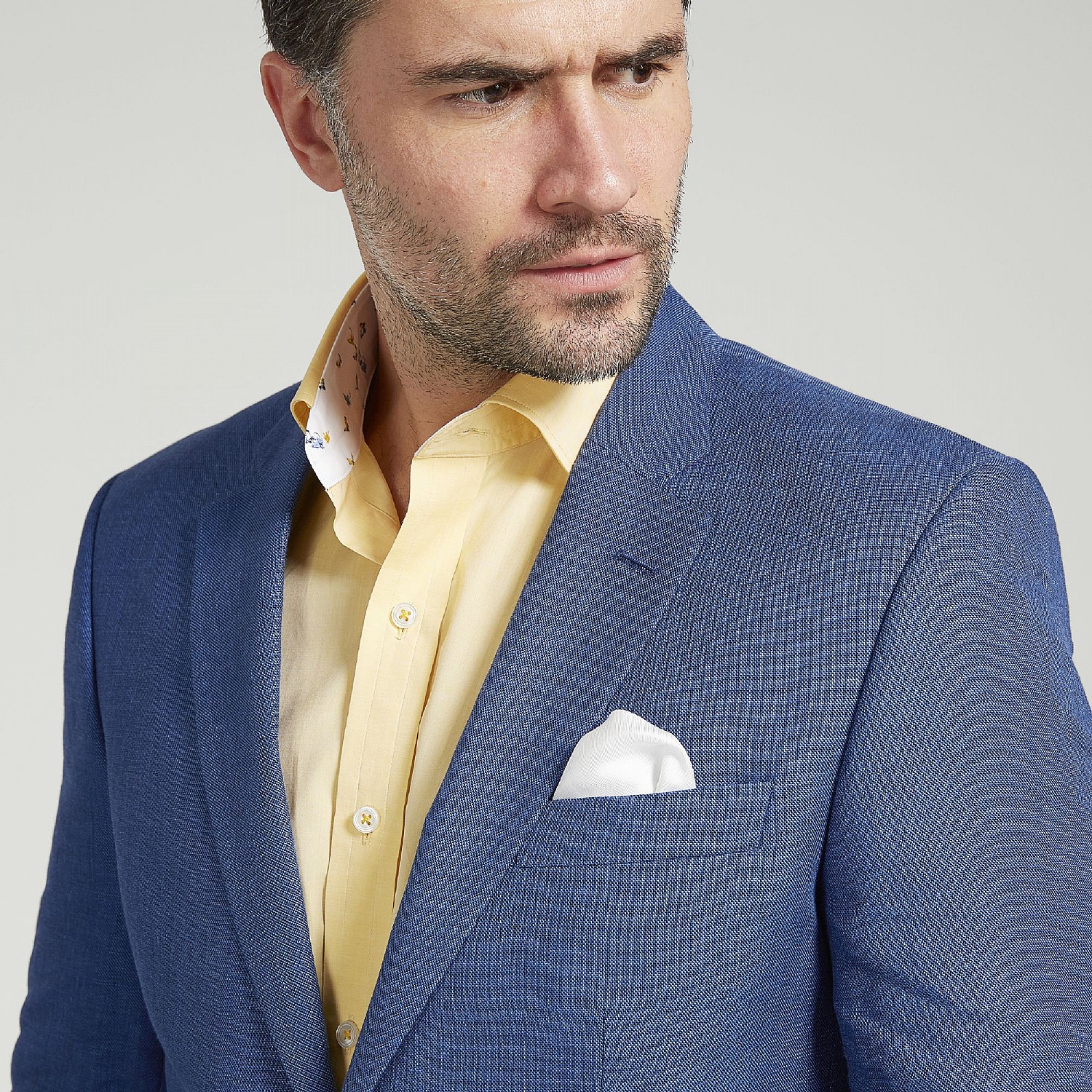 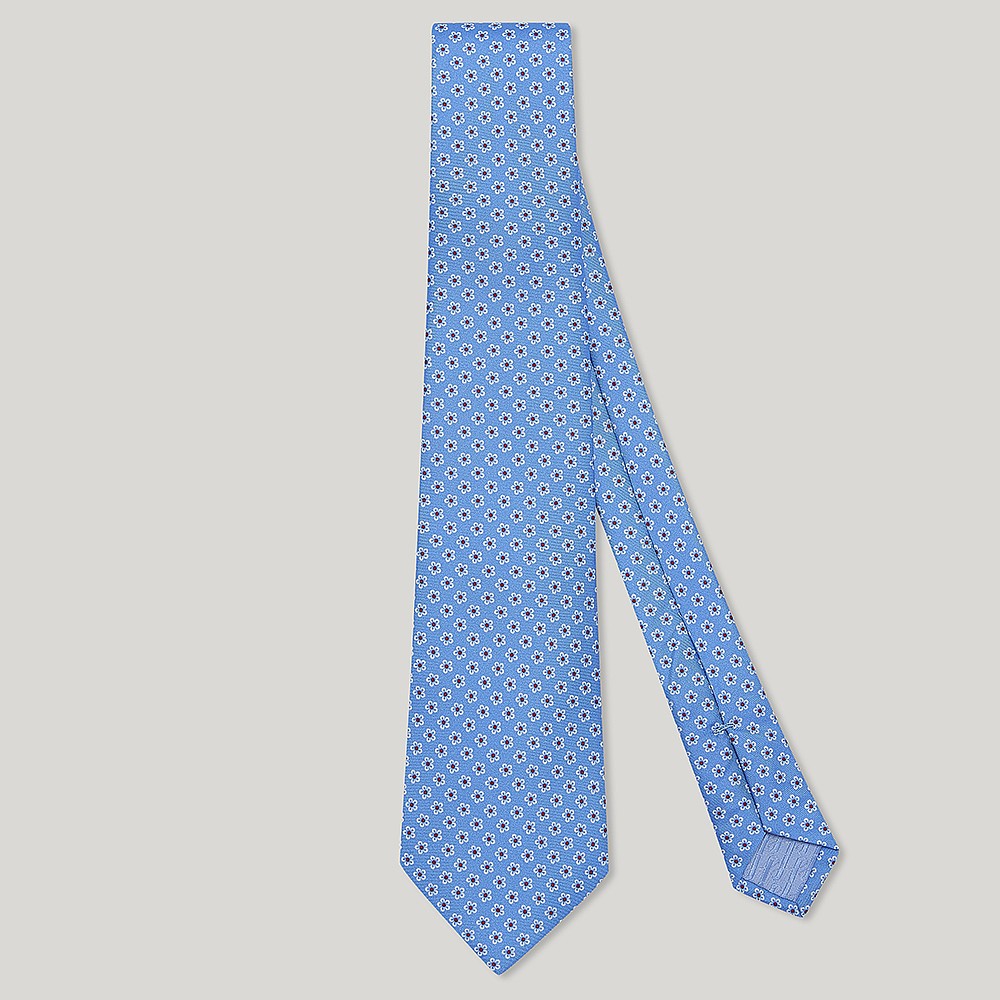 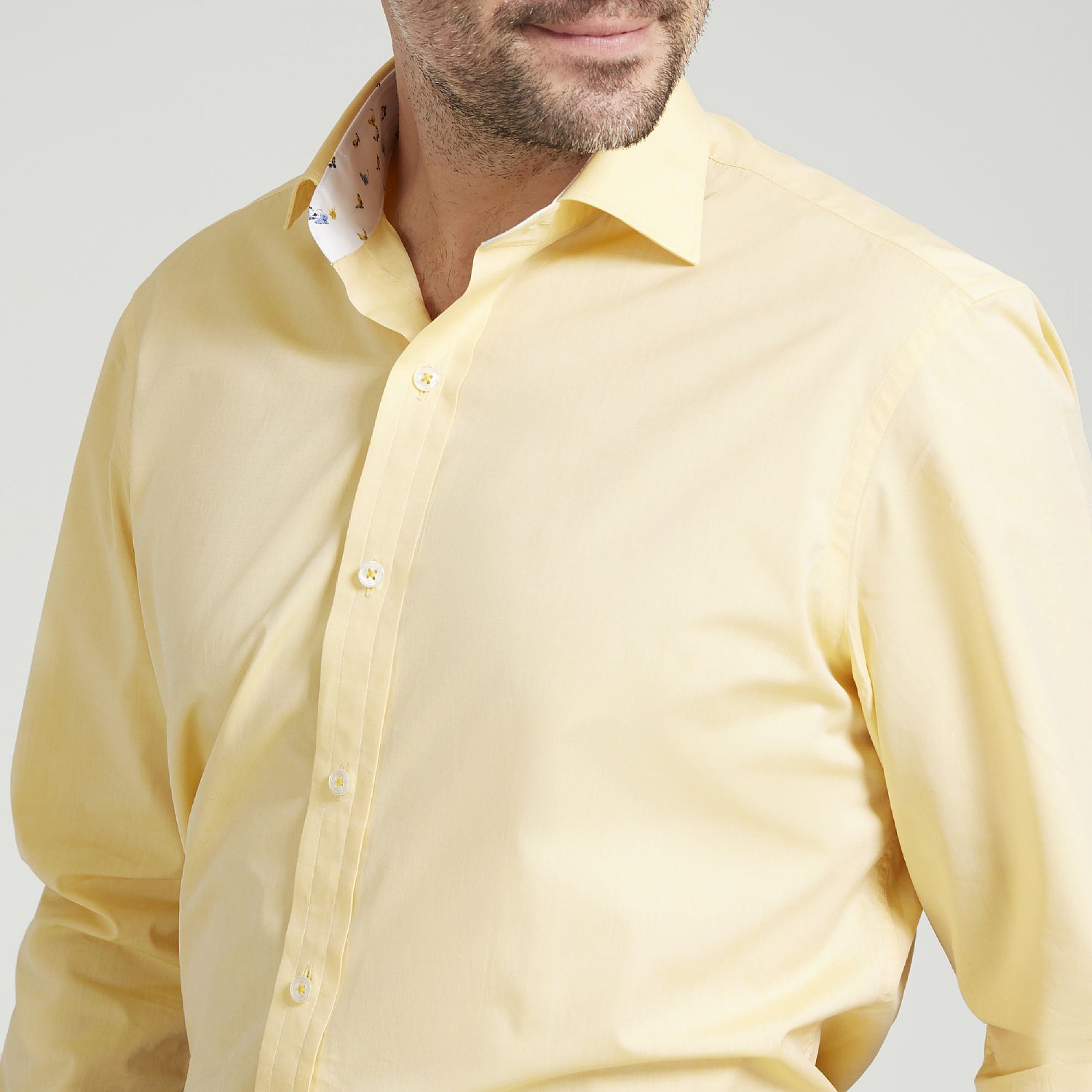 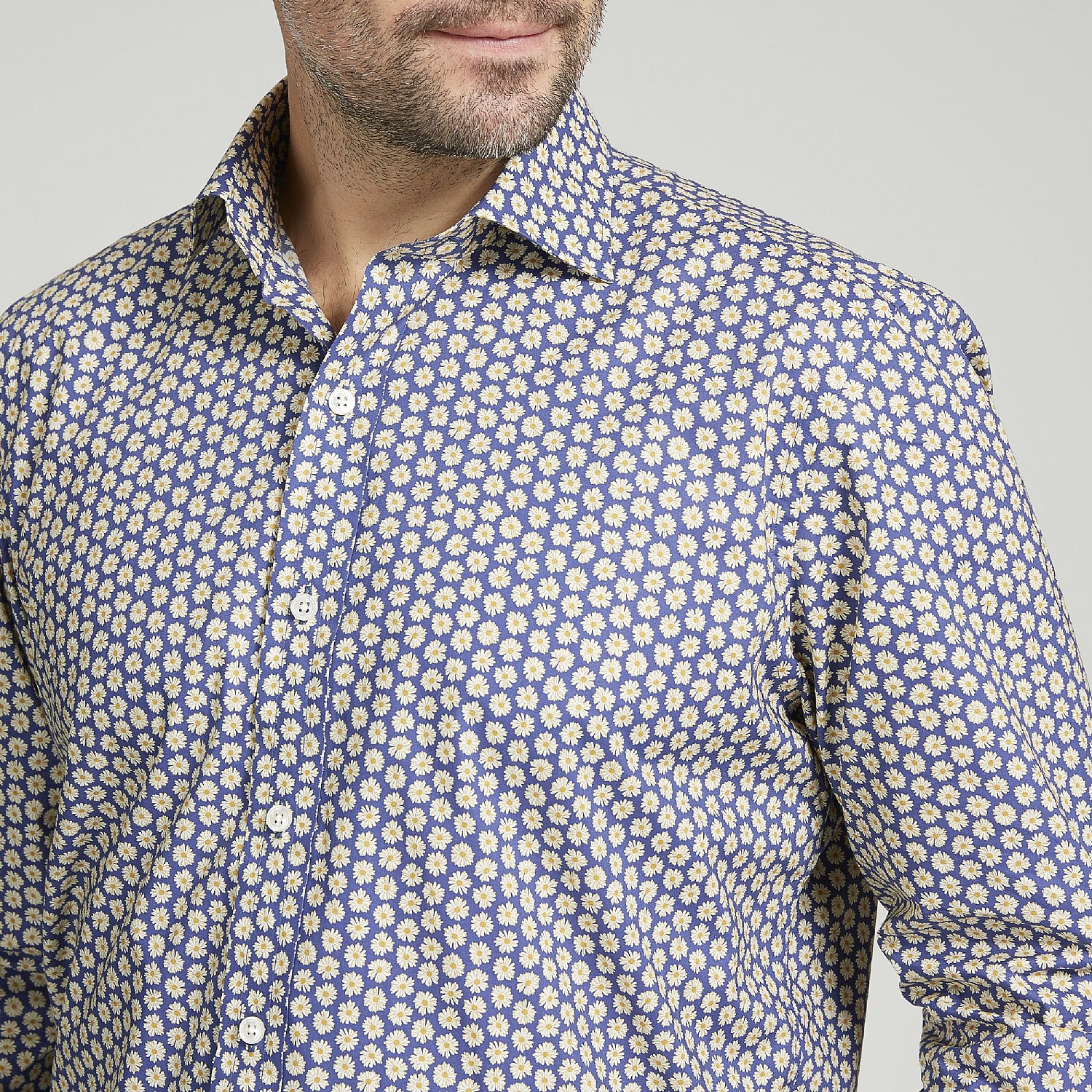 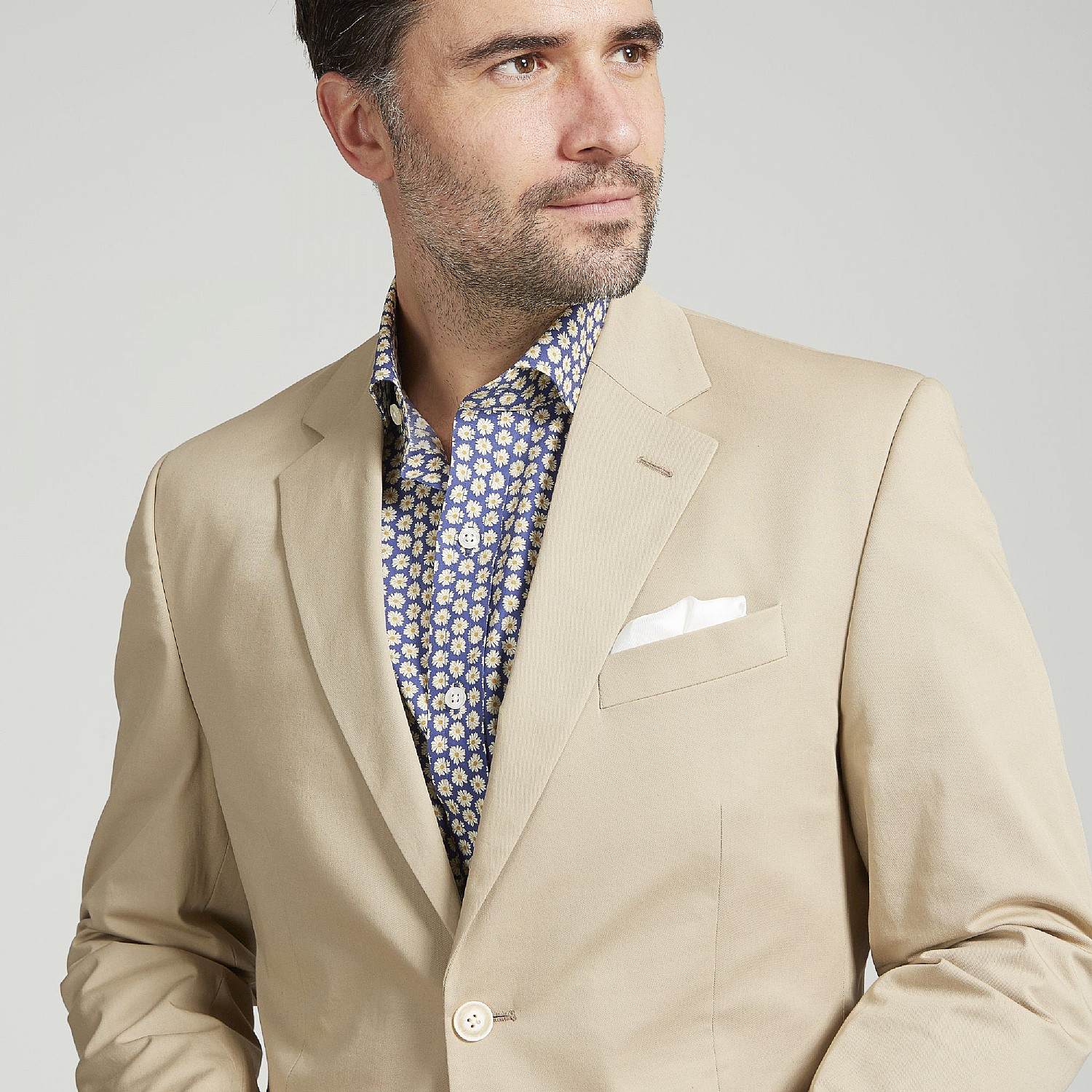 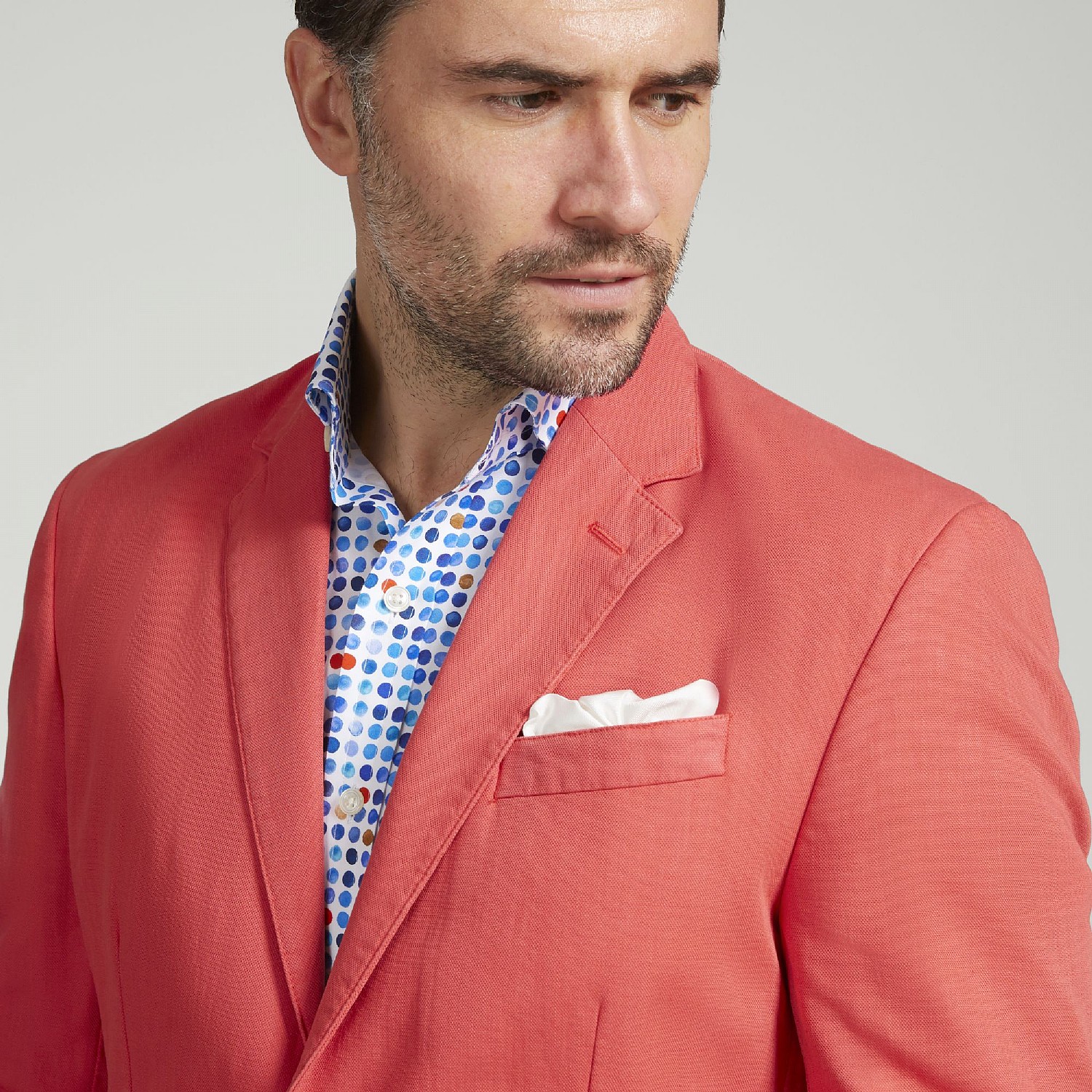 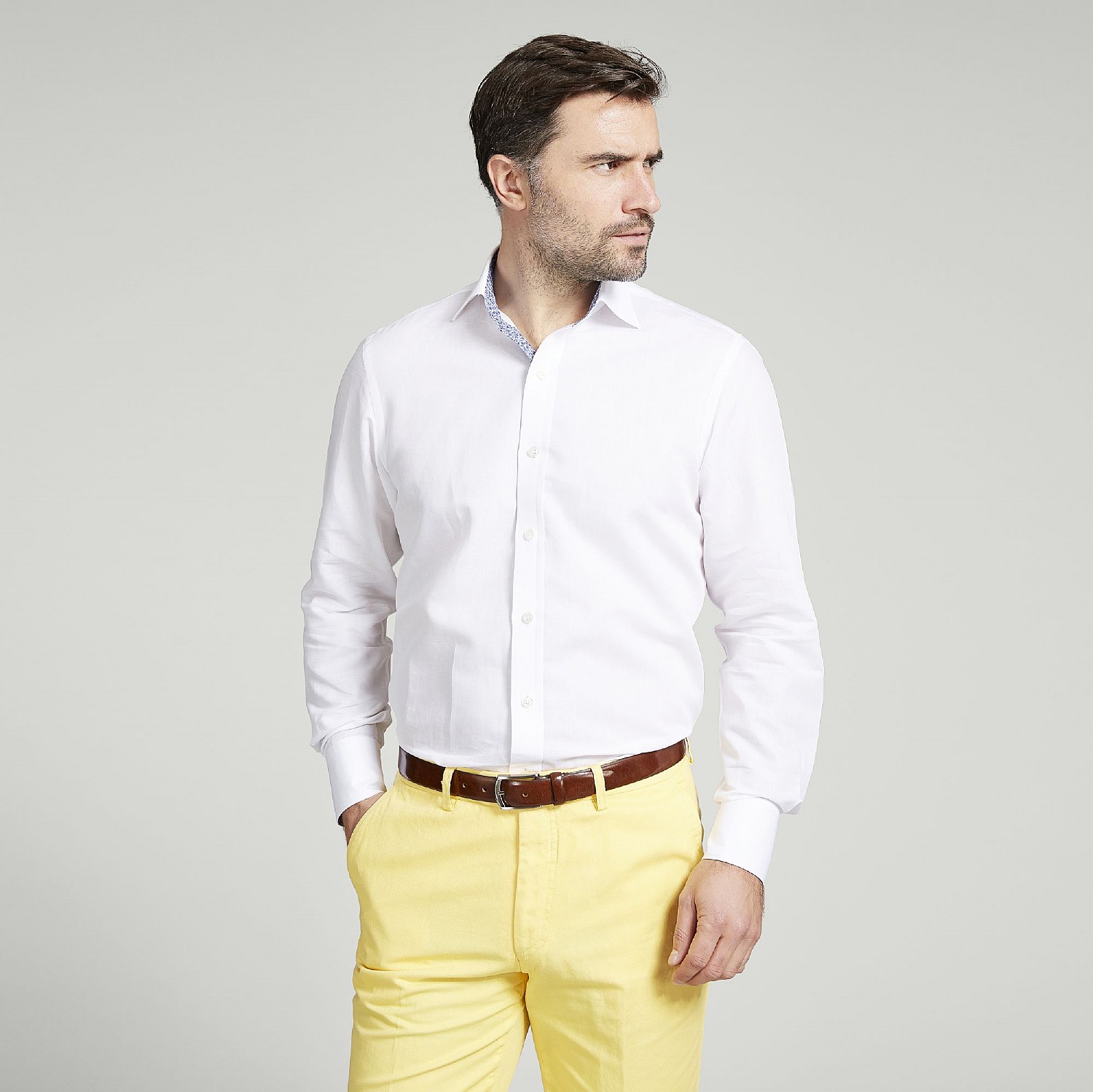 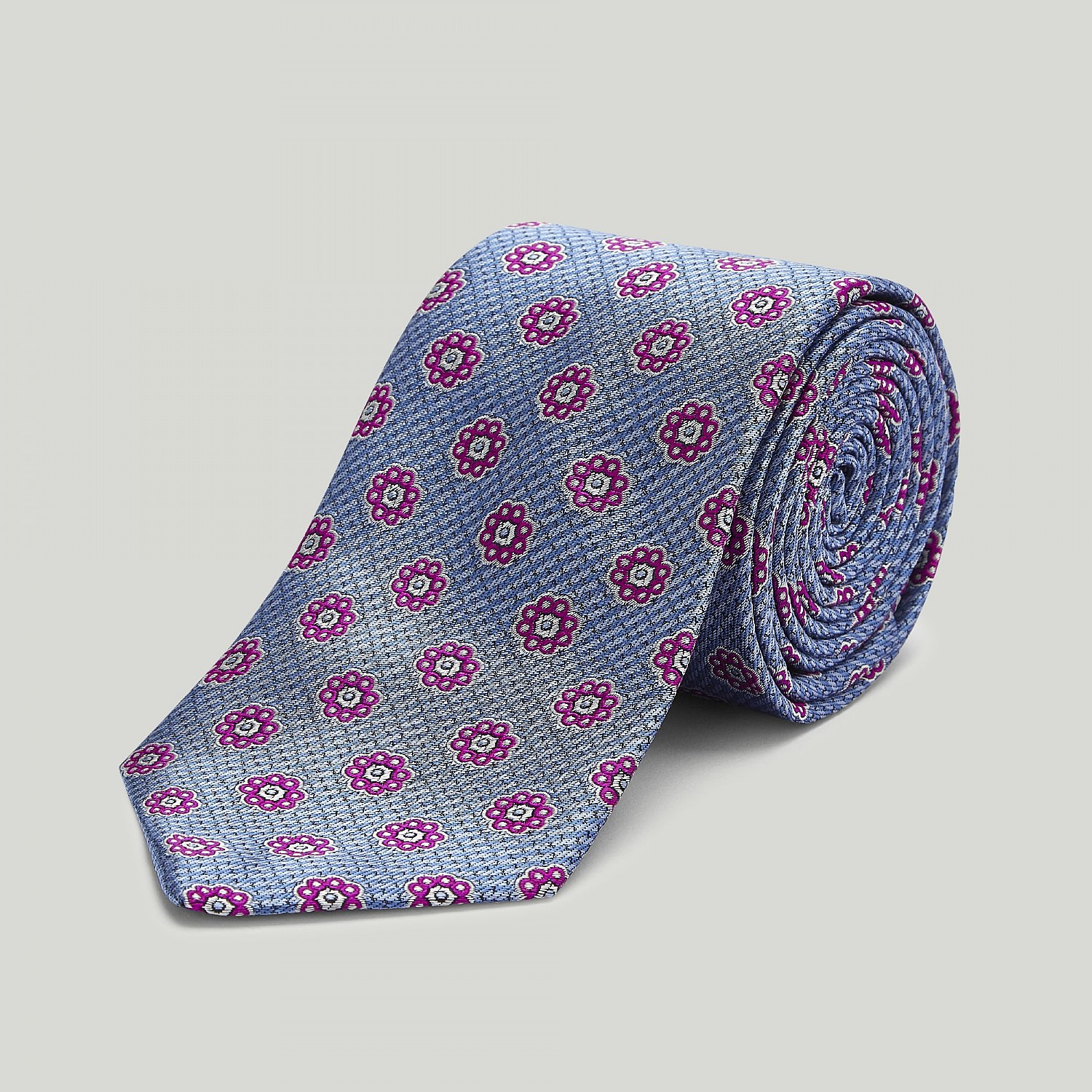 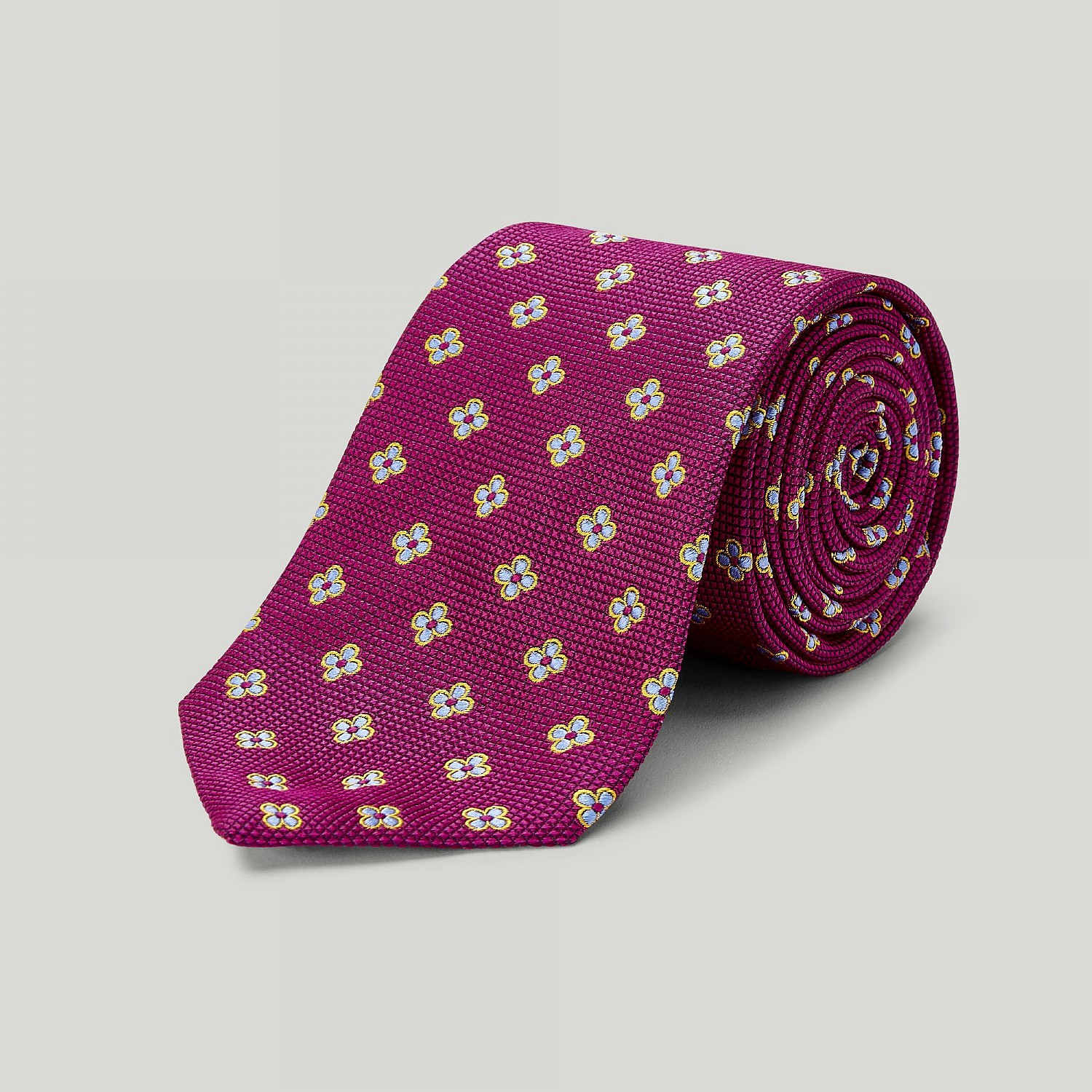 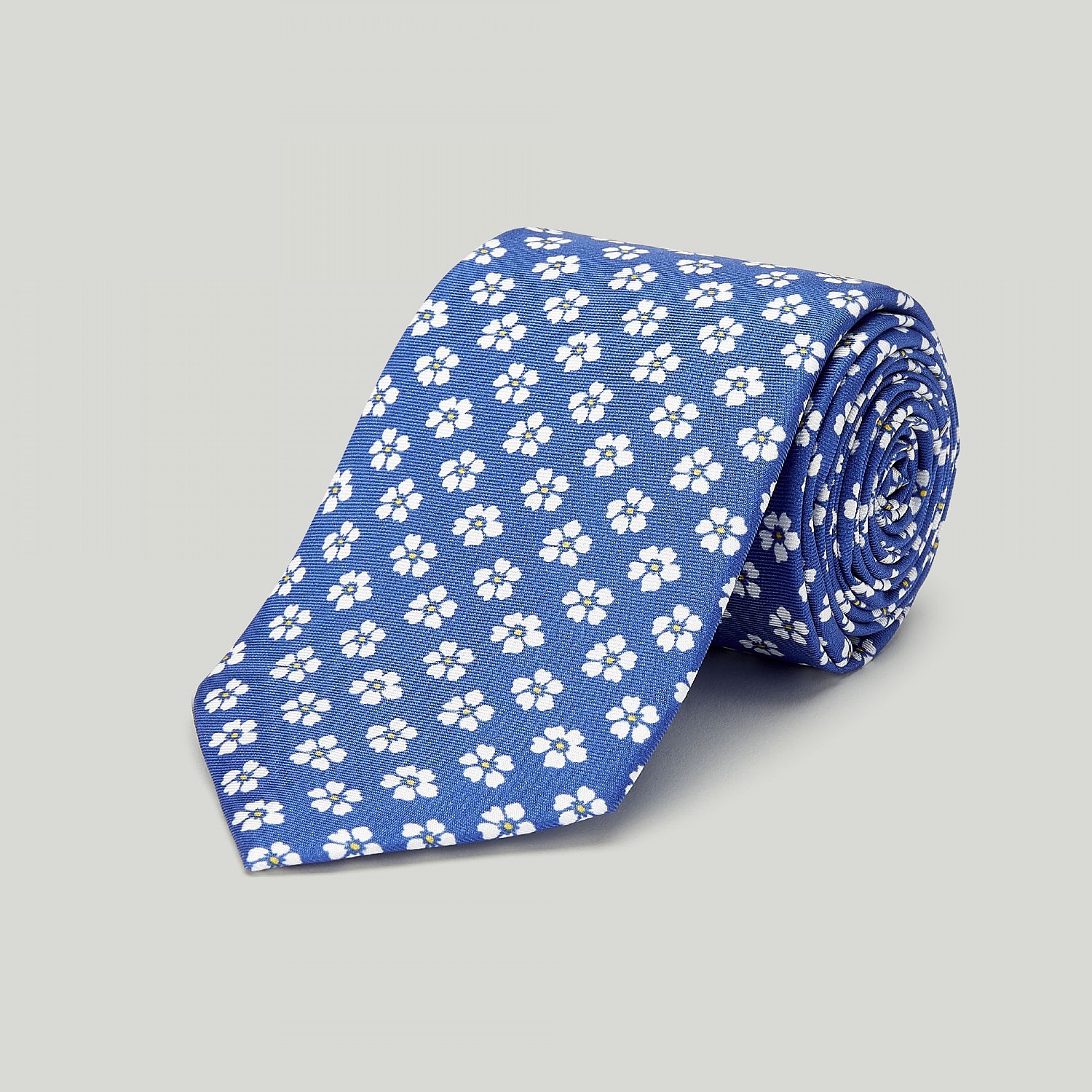 Tuesday to Friday
8am to 8pm

The closest Tube station is Sloane Square, on the District and Circle lines, a short 10-minute walk away.

Visiting the show? Why not tag us in your outfit? Use the #HHflowershow so we can see your finished look!